In the true spirit of “Keep Calm and Carry On”, our annual Poetry Celebration went ahead but in a rather different format to our usual event!

Traditionally, this event takes place on the penultimate Friday of the first half term and the Old Gym is packed to the gunnels with excited, chattering children, proud parents and supportive siblings. The atmosphere is usually buzzing with anticipation and quite a few nerves. For 2020, it was a case of “Lights, Camera, Action!” thanks to the invaluable help and expertise of Mrs Rawdon-Mogg (our Marketing and Communications Manager) who was behind the camera and filmed all of the participating children performing their pieces.

Whilst the children did not have the thrill and experience of overcoming stage fright, so often associated with a live audience of over a hundred people, we still had the challenge and excitement of stage lights, an audience (of peers) and a film crew to contend with! 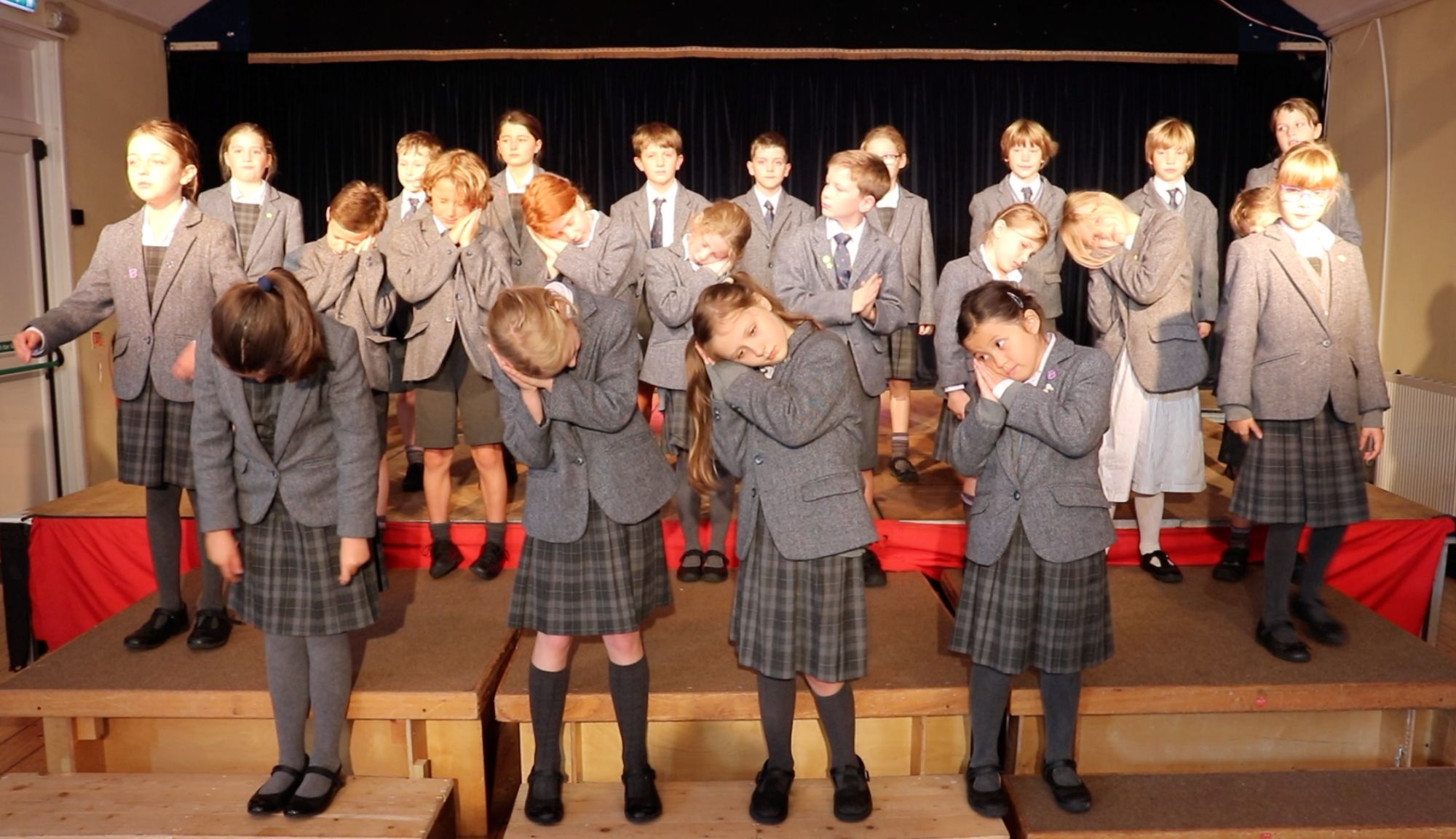 As ever, the children gave us some wonderful performances of many old favourites, from T S Eliot, A A Milne and Walter De La Mare to some more modern humorous writers such as Alan Ahlberg, Roald Dahl and Spike Milligan. We also had some of our Year 6 and 8 children “speaking in tongues!” We had a poem about Anne Frank – in Dutch, a poem in French, Year 6 performed a lovely Spanish Poem and some Year 8 children recited a very thought-provoking and timely French poem on “colour” which resonated perfectly with October’s “Black History Month” and the “Black Lives Matter” campaign.

A huge thank you to all the parents and Form Tutors who helped with practising the children’s poems. Thanks also go to Miss Davis and Mrs Mathers for the delightful Year 4 “Skimbleshanks, The Railway Cat” by T S Eliot; to Senora Sanz and Mme De Haan for the Spanish and French group poems and to Miss Reeves for her help with an individual French poem.

The greatest thanks of all must go to our talented film-maker, Mrs Rawdon-Mogg, without whom none of this would have been possible.

The Poetry Celebration video is available for parents to watch on the Parent Portal.