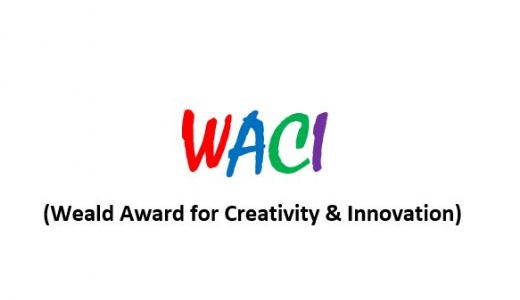 Under the leadership of Mr Payne-Cook, WACI has experimented creatively this year, trying a slightly different approach.

After the children in Year 6 were inspired by the visit of Andy the Architect in March, they were challenged to come up with an original ‘idea in a box’, the main focus of the competition being creative thinking within a clear context.

There were seven further entries from Sissinghurst Primary School and three from Marden Primary.  The judges shortlisted five entries:  Two from Sissinghurst, one from Marden and Uly and Emilia from MHS.  They will get to pitch their idea in more detail to the judging panel; the judging held in the famous parabolic arc ‘Grand Designs’ house near Staplehurst.  They will also visit a high tech arable farm to see how innovative modern agriculture has become.

The shortlist will compete for a share of a cash prize.  Well done to all those who entered.

With our new curriculum in Years 7 and 8, there will be more frequent opportunities for all children to develop their creative thinking.