Awe and Wonder in the Land of Fire and Ice 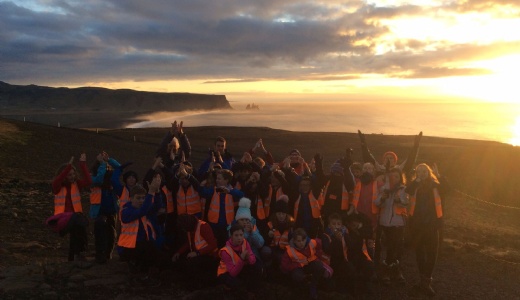 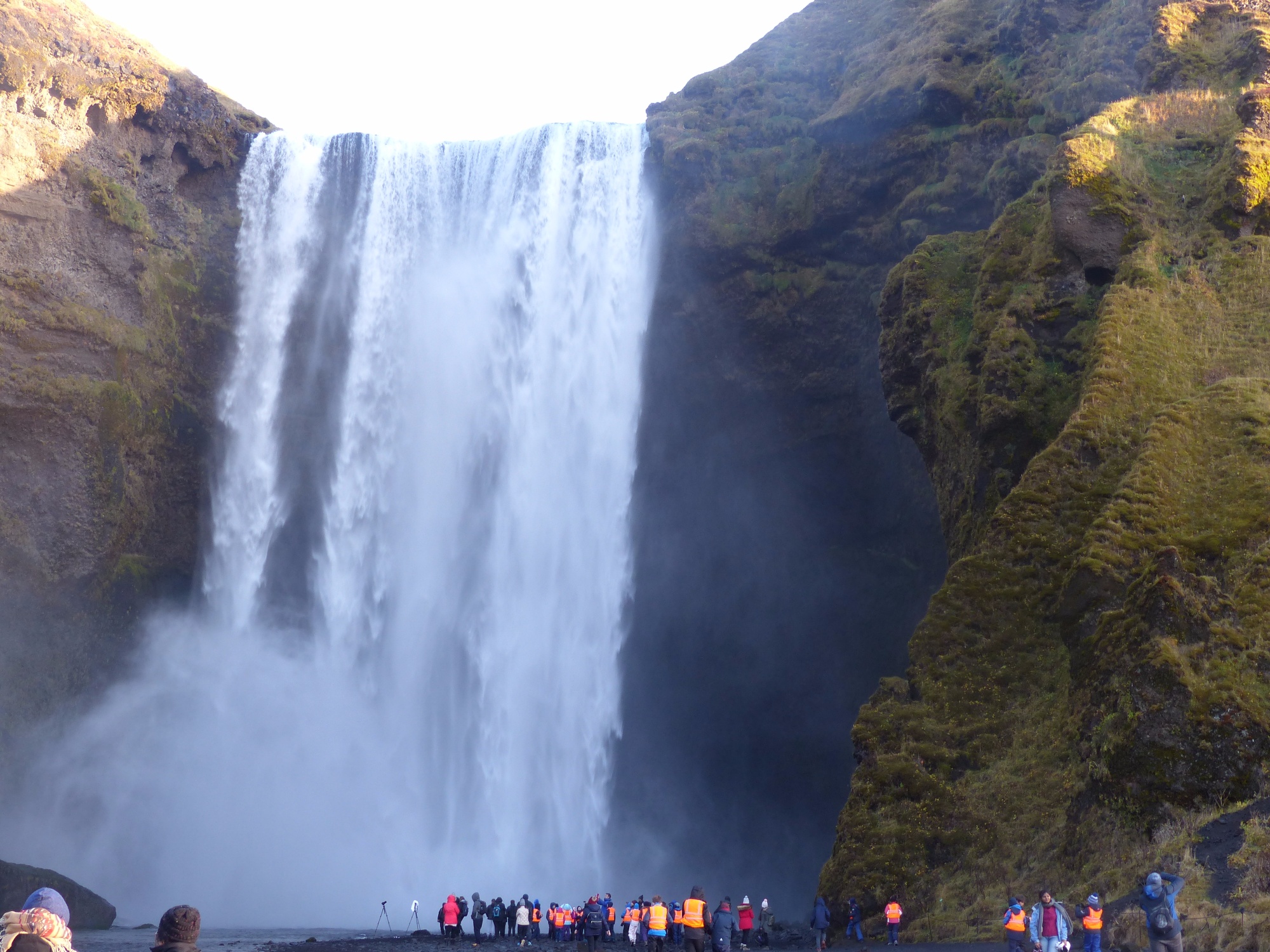 The adventure-seeking Year 7 & 8’s set off for their once-in-a-lifetime trip to Iceland on the first Monday of half term. It proved to be a thrilling trip, packed full of new experiences, opportunities and explorations. To the envy of their parents, 30 MHS children headed to the ‘land of fire and ice’. After stepping out onto a field of lava, to investigate the bubbled rocks and steam coming out of the ground, where better to relax than the warm waters of the Blue Lagoon under the night’s stars? The water is warmed by the natural heat from the earth’s mantle, just under Iceland’s crust.

We were very fortunate to wake up to blue skies and bright sunshine on the second day. It gave us beautiful views of the stunning scenery as we travelled along. The highlights of the day included walking behind a waterfall, with the stunning backdrop of a flood plain in the sunshine, visiting a geothermal power station and visiting the cause of the Eyjafjallajokull 2010 volcanic eruption, where we spoke to the farmers living directly under the volcano. The most spectacular part of the day for many was walking on the glacier tongue of Solheimajokull and seeing the worrying retreat of glaciers for our own eyes. After visiting a black sand volcanic beach, we enjoyed a well-earned supper and bed. 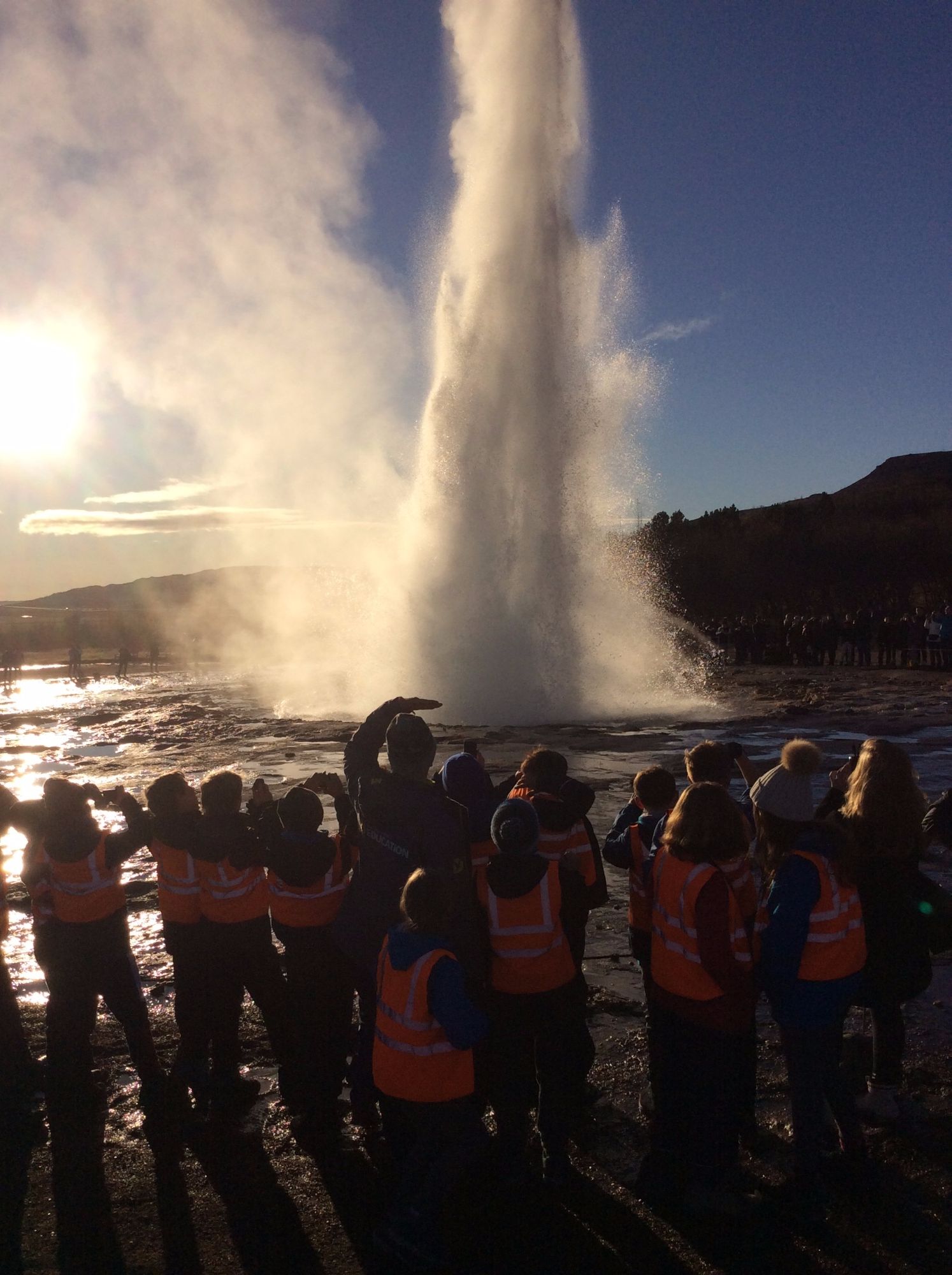 Being blessed with such wonderful weather, we added another excursion in our packed itinerary as we ventured to a headland to look down on the stacks and stumps under the rising sun. As well as seeing the unique Icelandic horses, tomatoes grown in geothermal-heated greenhouses and more waterfalls, we were treated to spouts at Geysir, the location which has given its name to the famous phenomenon. The excitement built every few minutes as the water bubbled before shooting about 30m into the air. Seeing the rift valley, where the Eurasian and American tectonic plates are separating is a geographer’s dream and wandering under the American plate towering above made us feel very small compared to nature’s great power. The day was still not done, as we relaxed after dinner with an insightful film about the creation of this wonderful volcanic island. As if we hadn’t been treated to enough spectacles, rumours were abound that the northern lights could be seen. Our driver kindly took us to the edge of the city so that we had a better chance of seeing them and there, in front of our eyes, the clouds danced and flickered as we stood in awe under their colourful display. 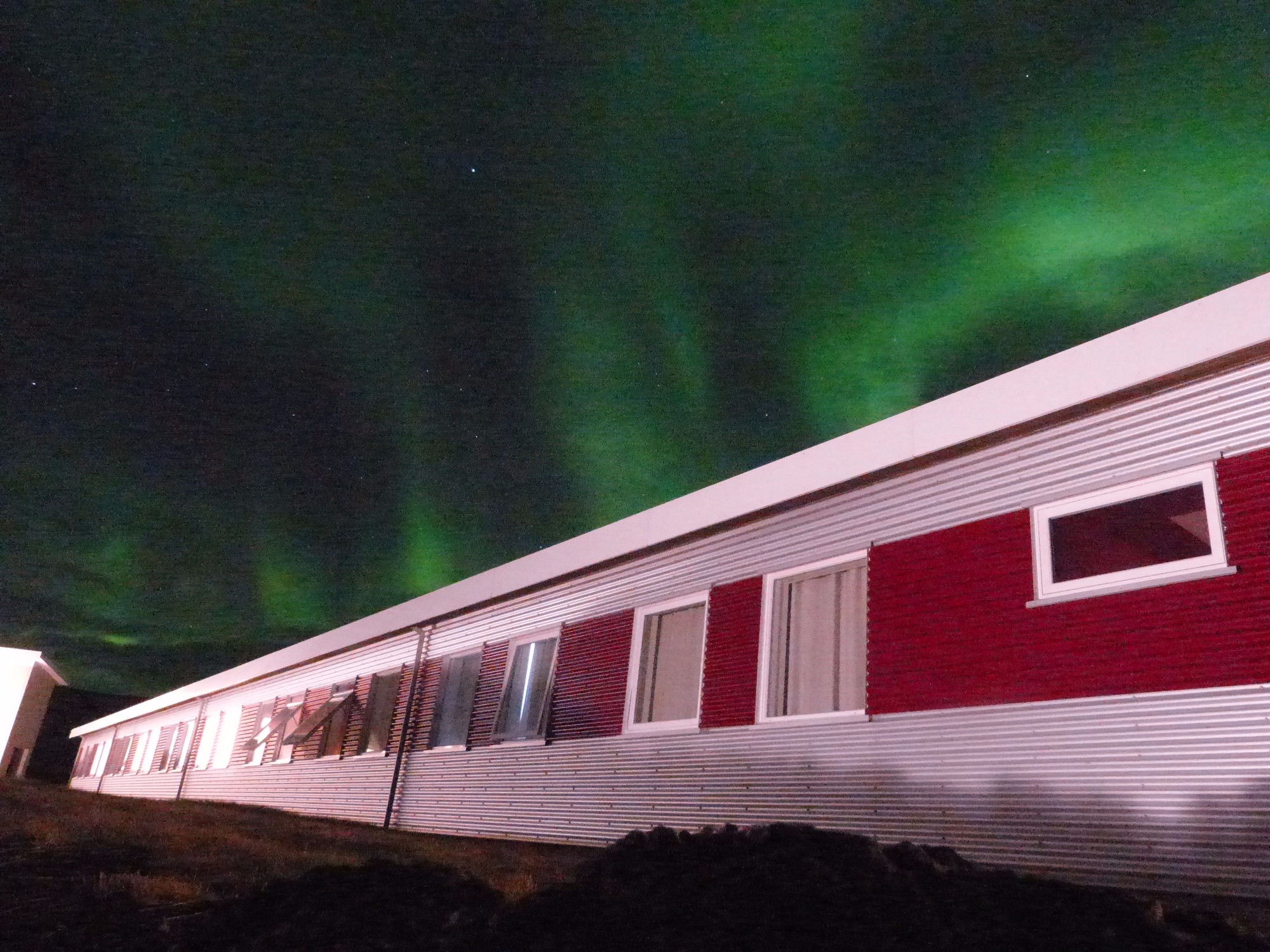 Our final day did not disappoint. After a tour of Iceland’s capital city, Reykjavik, we ventured underground to see the tubes left by lava flows. Not everyone felt comfortable crawling through the tight gaps, but great courage was shown to take advantage of the wonderful opportunity, afterall it is not every day that you get to explore life underground!

After four action packed but amazing days full of adventure and fun, our trip came to an end. It is a memory that will live with us for the rest of our lives. Thank you to Mrs Atkins, Mr Mathers, Mr Payne-Cook, Mr Little, and to Mr Kimber for organising the trip and giving up their half terms to take us on this amazing adventure.