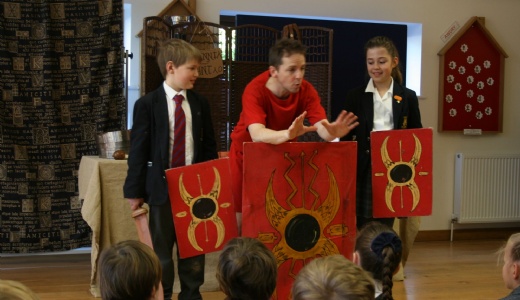 "We loved the show.  The actor was hilarious and captured all of us.  He was completely mesmerising!

At one point I thought he was actually a Roman soldier.  He said lots of interesting facts about Celts and Romans and all our friends had a great time on stage with him, working as slaves, Roman soldiers and Celtic warriers.   All the props looked practically real and he even taught us some latin too!