Science is up for Debate! 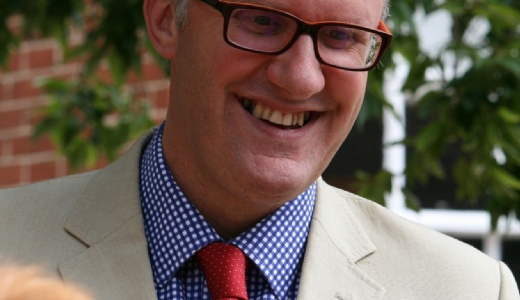 Let me start by painting two pictures in your mind.

1918 - One hundred years ago.  The car was a luxury item.  Electricity was only used in rich people’s homes.  Computers didn’t exist.  No TV, no internet, no nuclear missiles, no supermarket aisles full of cheap fizzy drinks full of added sugar.  No antibiotics or flu vaccinations.  Global population fewer than 2 billion. (It is 7.6 billion today).  Average life expectancy (in the developed world) 50 years old.  Plenty of meaningful work for everybody, of all intellectual abilities; lots of manual labour.  The concept of trickledown economics; where wealth creation permeates from the rich to the poor, probably a fairly rational and sensible political and economic idea.

2118 - One hundred years into the future. Artificial intelligence, automation and robotics have replaced humans not only in farming, manufacturing and logistics; but also in the banking sector and in medical surgery.  We have found a cure for most strains of cancer and learnt how to prevent the onset of dementia.  The global population is now over 11 billion.  Average life expectancy in the developed world is now 100 years old, up from 80 in 2018.  With the exception of the most creative, collaborative, highly skilled and mathematical minds; huge swathes of people have no meaningful work and are paid “universal income” just to exist.  Many people live their lives in a virtual computerised world, as day to day reality has little to offer them.  The gap between rich and poor is greater than ever before.

As a science teacher, one government department thinks it is my job to encourage more and more people in to the STEM sector, to “upskill” the whole populace in highly complex science, technology, engineering and maths; as that is where future employment will be; and also where short to medium term economic growth will be.  Another department thinks it is my job to create exam automatons, but we won’t dwell on that right now…

As a teacher and educator, I believe it is my job to make people think.  Not just to think about qualifications and careers and solving scientific and mathematical problems; but to think about human needs, culture and civilisation; to think about how critical thinking can be used to solve huge cultural and ethical challenges; rather than the far simpler, and inevitable, option of technological advancement.

This is why I believe in a moratorium for new Science until 2050.  I am not proposing that we stop learning Science, or stop using Scientific thinking; I just believe it is time to put the brakes on.  To review where we are at; and where we could be heading, before it is too late to do anything about it.

My esteemed friend and opponent this afternoon will accuse me of heresy; he will also spend some time explaining how Science is inextricably linked with the economic and military might of Western civilisation; and how the ongoing development of new technology is humankind’s - and indeed Planet Earth’s - only chance of survival.  His arguments will be compelling; and far more likely to pan out than my idealised prophecy; but I ask you to carefully consider what I say.

“Humans are just animals wearing clothes, pretending not to be animals.”  That is a quote from the TV sitcom ‘Outnumbered’, which underpins part of my argument this afternoon.  With science and technology, we have massively over-complicated our lives.

We take modern science and technology for granted and, while they have undeniably made our lives easier; it is hard to ascertain if they have made our lives better.  Obviously we are living longer, healthier lives than our ancestors but there is no evidence that modern humans are any happier than our ancient ancestors.  Yuval Noah Hariri – a Professor of History in Jerusalem and former Oxford postgraduate – has made this very point in his ground-breaking book, ‘Sapiens’. He argues that our foraging forebears would have had more leisure time and less stress than modern humans.  I am not suggesting we should all turn the clock back 12,000 years, before the dawn of farming; but I raise this point to highlight three ways in which humans collectively change:  Evolutionally, Culturally and Technologically.

Evolution is slow.  And irrelevant in this debate.

Culture advances much faster than evolution can adapt to.

And technology advances much faster than culture can adapt to:  I give you a school relevant example.  It has been known since Victorian times that children can be really quite unpleasant to each other while going through adolescence.  Schools have introduced all sorts of doctrines and processes to minimise this pain from most of our lives; but with the smartphone, technology has fallen into the wrong hands and great harm is being done, with complete loss of parental and societal control.  The convenience of superfast Broadband was not invented to nurture teenage hate campaigns.

The fields of Computer Science, communication technology and Space exploration have been developed primarily with the military in mind.  The Space race was a decoy for the military advances of the cold war, and the respective power of the USA and the former Soviet Union.   Einstein’s theory of relativity and Bohr, Rutherford and later Chadwick’s model of the atom underpinned the science of the Manhattan project which led to world’s first nuclear weapons which ended the Second World War.

Things change and humans adapt.  But change does not always equate to better.  Nuclear weapons are an incredible feat of science, but is the ability to destroy ourselves; and desecrate our rich and resourceful environment really something to be proud of?  We have little or no time to work out how best to use or apply new technologies; no time to assimilate or understand the cultural advantages or disadvantages of these changes.  No time to regulate, monitor, license, control or tax them.  We just blindly accept them, embrace them and let them perniciously take over our lives.

I don’t think freezing science and technology in 2018 would cure all the ills of global society.  But I do think that advances will only further increase the gap between rich and poor, with lasting political consequences.

Rapid advances in biotechnology are helping us to improve the volume and nutritional value of food on a global scale, but isn’t the real problem that many of us consume too much?  Supermarkets pump us full of cheap donuts.  We light up our homes and cities and overheat our houses.  We buy endless amounts of stuff to give us the mirage of happiness.  We do not share our riches and plenty with those who need it most.  And then we complain about immigration.  We rarely piece it all together.

Stephen Hawking – a brilliant scientist; has claimed that there is no longer any need for Philosophy, as Science now has all the answers.  I disagree.  I think we need big, open, philosophical thinking more than ever before.  Modern humanity is drowning in information, choice and expectation; and we all need to step back, pause and reflect upon the meaning of life; or if there is no meaning then at least finding a tangible sense of purpose for our time on the planet; rather than the misguided sense of entitlement, so many of us seem to feel we deserve.

I genuinely believe that greater understanding of cultural behaviours and beliefs would help to sustain a more purposeful, fulfilled and happier human populous on Earth than us marching blindly towards a technological and economically driven abyss.

I have one final point to make:

Space is great right?  Absolutely fascinating.  An expensive playground for intellectuals and the rich.  And the Hadron collider with its huge investment, computing power, data storage and complex physics is delving deep into some big questions about matter and the universe.  And one day humans will probably colonise Mars.  Wow!  Incredible, exciting, whizz bang cutting edge big news science.

But I ask you this?  If we, modern humans, can’t find happiness, purpose and a collective, sustainable existence in harmony with each other and nature on this beautiful, green, richly resourced little planet; isn’t it evidence that the human civilisation project has failed?

That is why I propose a pause to the relentless, unchecked, advance of Science and technology. For us to spend more time and energy figuring out what we all really need, rather than what some of us really want.  We are, after all, just animals wearing clothes, pretending not to be animals.

Thank you for listening.