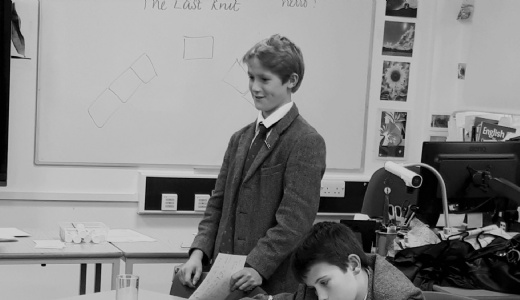 On Thursday 17th October, four intrepid Year 8 boys set out for the far distant hills of Tunbridge Wells to take on the daunting challenge of engaging in a battle of wits and intense verbal sparring with four teams of children from Vinehall School and Holmewood House School, in the renowned “Inter-School Debate.”

Faced with an impossibly diverse range of topics and a mere 7 minutes of team planning time, they tackled issues such as: “Pink is better than Blue”; “All parents should attend parenting classes” and “Private schools should be abolished” to name but a few. With some great teamwork, superb mental agility and original thinking, our two teams bravely battled their way through 2 rounds to secure a place in the final round against Holmewood House.

The opposition were impressive: a passionate, gregarious and dramatic speaker led the charge, (rather reminiscent at times of some members of the House of Commons), backed up by a cool, calm young lady, they really gave our two finalists a run for their money on the topic of whether the voting age should be lowered to 14.

However, undaunted by their opponent’s dramatic gesticulating, powerful projection and outgoing personality, they approached the task with gravitas and grit, holding firm to their points and making measured, insightful and valid responses to deflate their opponents’ assertions, thereby earning the well-deserved title of Champion Debaters!

Huge congratulations go not only to our winning team for gaining this prestigious honour for the school and themselves, but also to our other Marlborough House team, who won both of their debates in the first two rounds. Impressive performances all round.

The judges, from Vinehall and Holmewood House, complimented all the boys on their skill, their attitude and the passion they showed. They should be very proud of themselves.

Thanks too must go to parents who were able to attend and support their sons in this endeavour. We look forward to the next debate in the Spring term!