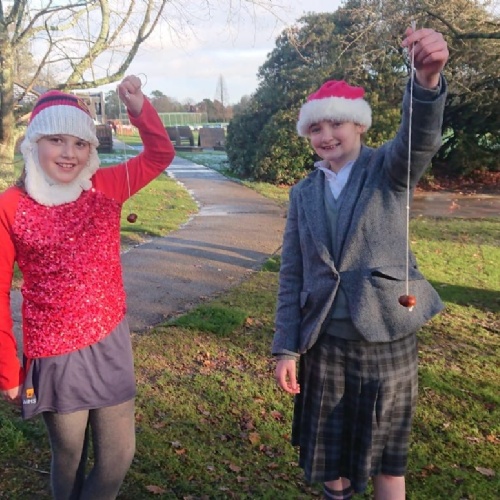 Congratulations to Isabelle W and Sophie O, who are the senior and junior winners respectively of the Conkering Hero competition!

The most spectacular trophy at MHS was won after some six weeks of fierce conkering at breaktimes this term. Isabelle ended with a single unbeaten conker, which though battered, was still rock hard. Well done also to Sophie, the beaten finalist, who won the junior side of the competition by playing Isabelle in the grand final. What a lovely autumn we have had seeing over 48 players take part this season. 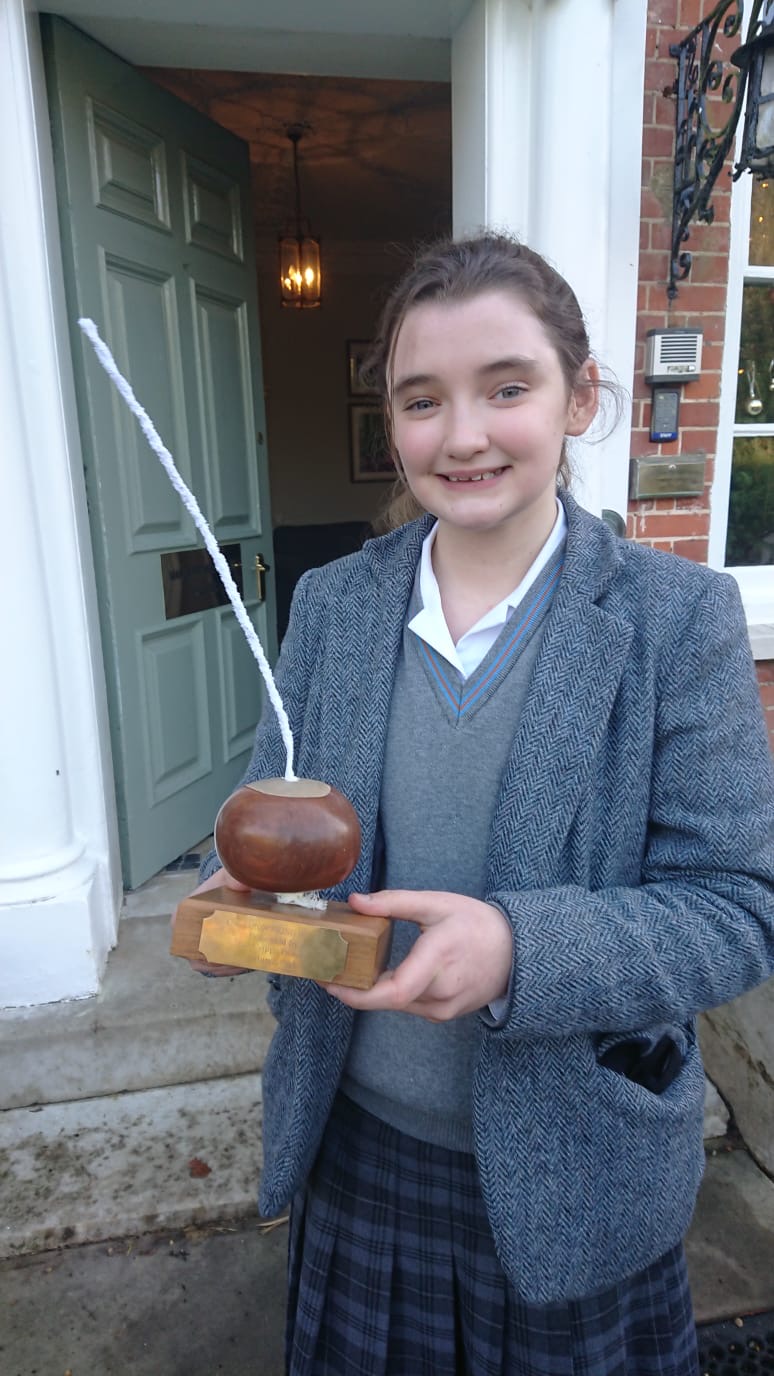