What a beautiful sunny morning to have our Year 4 Robin Hood Activity Day!

Our first activity was a debate where Robin was on trial for being a thief. The children purposely strode out into the bright sunshine to go to the court of law (AKA the playground) with a burning question on their minds – Is Robin Hood Good or Bad? Each child was in ‘role’ as Knights, Guards, Poor Farmers with children to feed, Merry Companions, Noble people, Villagers and many more. Robin Hood (Mrs Robinson) bravely spoke to the court to explain his deeds and actions whilst the court listened intently. Then the action began with the children in character stating who they were and how they felt about Robin Hood. There were many passionate speeches made with tales of starving families saved by Robin Hood, of his bravery and generosity. But then the counter arguments came thick and fast, the court heard of Noble people robbed in the forest, of horses stolen by Robin and his companions and many other dark deeds of skulduggery and thieving. 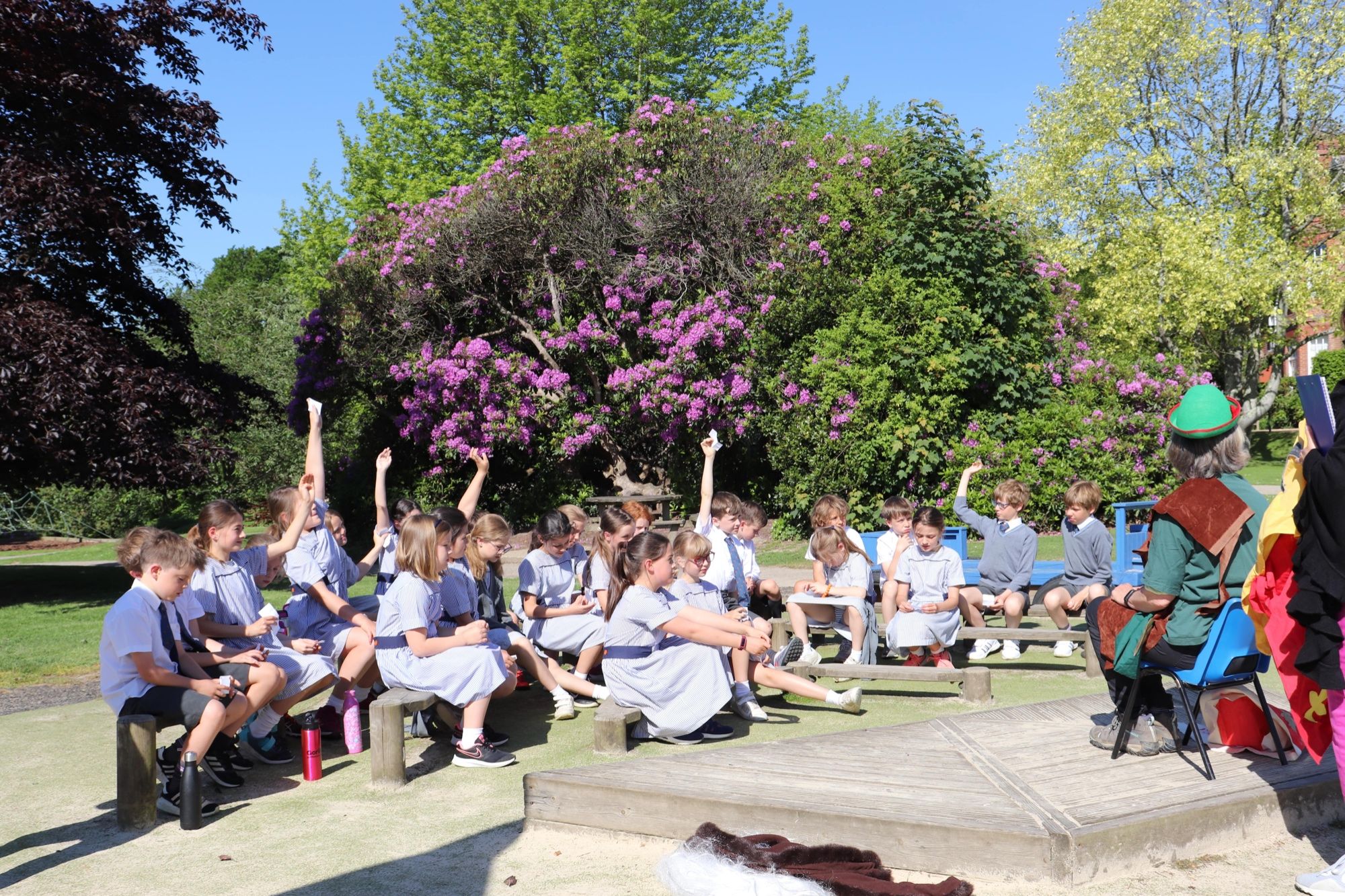 After much debate and all in the court had chance to put forward their opinion of Robin Hood, up stepped the defence lawyer (Mrs Jones) who eloquently spoke on behalf of Robin to the court and said why he was not guilty of any offence. The people listened intently but there were cries of ‘Guilty’ and ‘Innocent’! Next came the prosecutor (also Mrs Jones) who challenged the defendant’s evidence and claimed that Robin was indeed guilty.

The overall verdict? Not Guilty.

The children took our court proceedings very seriously and we were all impressed how articulately and convincingly they spoke.

Other important aspects of our Robin Hood Day were the designing and making of quivers full of arrows and beautifully decorated shields resplendent in individual coats of arms and colours.

Soon it was time to prepare lunch so we headed over to the fire pit in the Forest School. Underneath the glorious canopy of trees, Year 4 set to chopping and preparing vegetables for a hearty stew which simmered over a roaring fire. While lunch bubbled away, we sang ballads telling the age old story of Robin Hood, the prowess of his archery skills and his robbing of the rich to give to the poor. 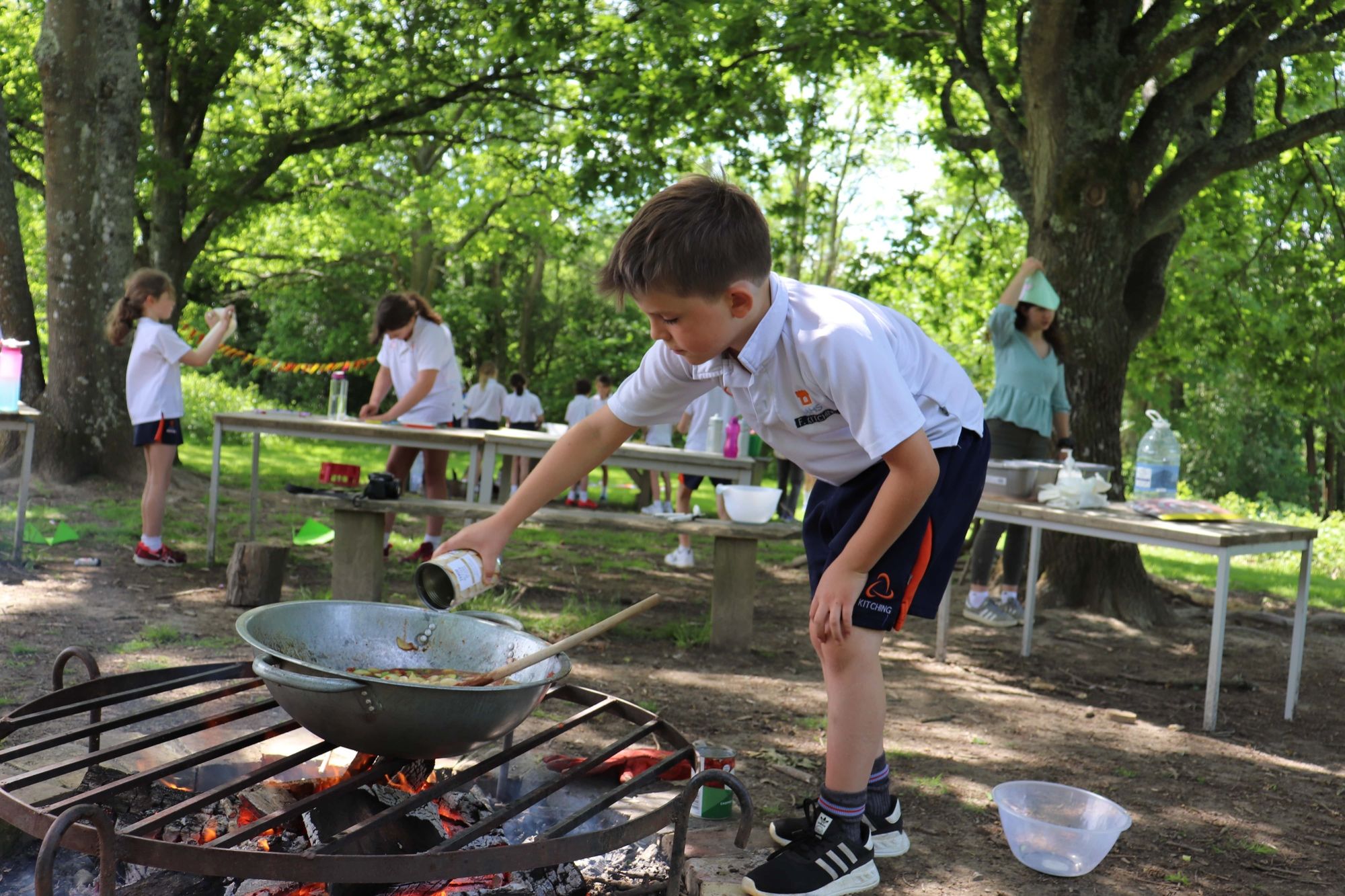 A magnificent time was had by all, rallying cries called ‘Archers Ready!’ and the reply ‘Arrows Drawn!’ every scrap of stew was eaten, stories told and songs sung, banners painted and hats designed and worn.

More photos are available on the Parent Portal.