On 22nd April, the whole school celebrated Earth Day, which was founded in 1970 to make people think about planet earth and how to look after it. Earth Day helps people to think about our actions that harm the earth and how we can stop or reduce these impacts.

The Prep School spent the day working in their Houses on their given topics of water pollution, climate change, deforestation and plastic pollution. Year 7 children took the lead and alongside the Year 5 & 6 children, they learnt about the scale of each problem, the causes, impacts and importantly, what can be done to reduce the problem. There was a real ‘buzz’ about the day and the energy from the children was infectious. Working with different children in a range of age groups and with guidance from different teachers gave children the opportunity to develop many key skills, including IT, collaboration, leadership and communication. In the afternoon, the children gathered to listen and watch the presentations about the topics from other houses.

Children in Year 3 and 4 mirrored the same activities as the older children but worked separately and will be presenting their work to Pre-Prep children next week. There were some fantastic suggestions for how people could reduce their impact on the environment from turning appliances off standby, turning taps off when you brush teeth, washing clothes at 30*C, not using single plastic, turning the thermostat down, buying locally produced food, choose renewable energy sources, car share, walk or cycle more and of course… reduce, reuse, recycle. 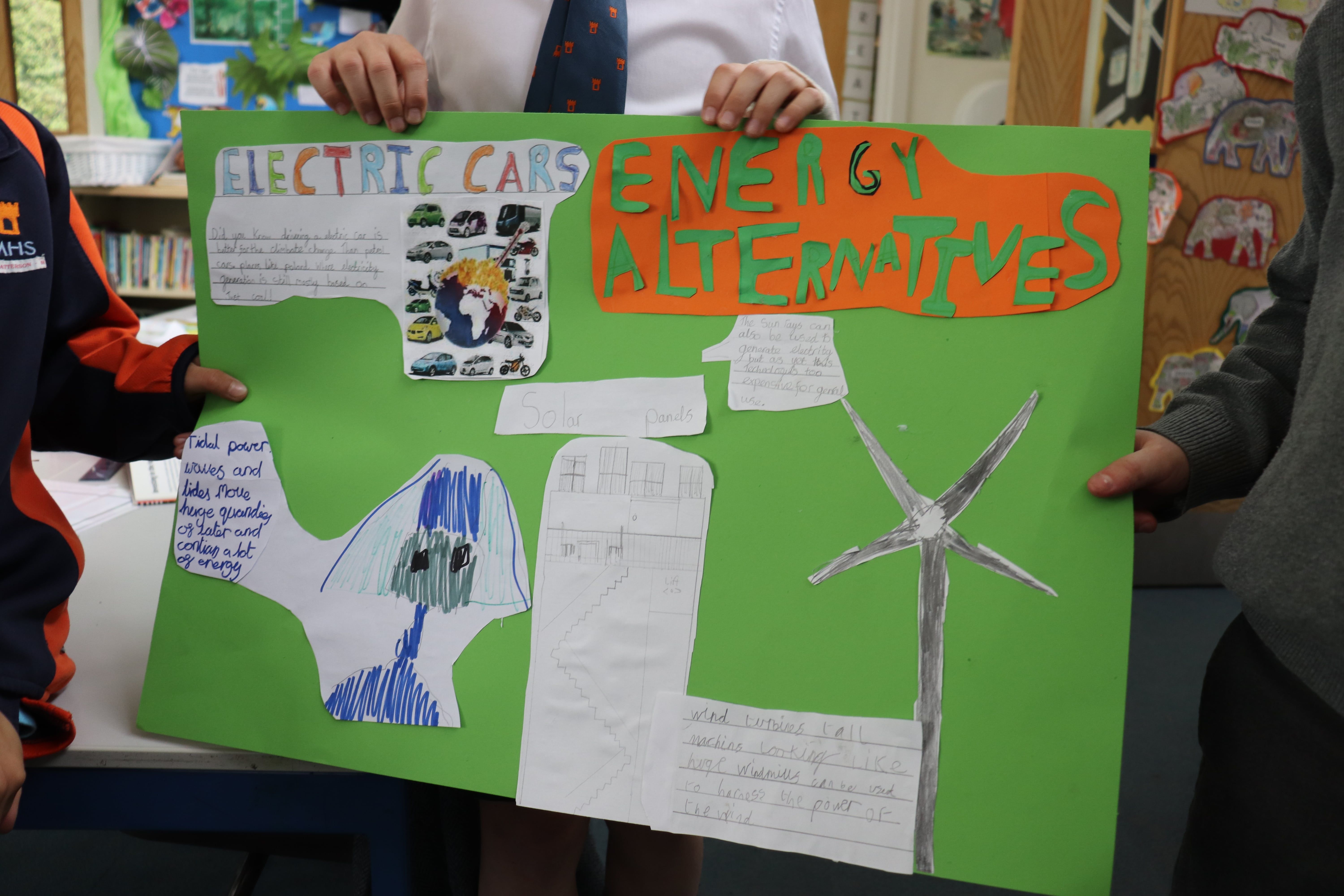 It was a great day to celebrate an important topic. Comments from children suggested that they really enjoyed working within their houses and having the time to dedicate their energies and thoughts on a single topic. As well as learning about these four issues, children had a lot of fun but the important step now, is to turn this learning into new habits and routines that will make a difference to the future of our planet. At MHS we have been busy planting hundreds of trees, selecting renewable electricity sources, starting the eco-committee and recycling food waste this year, but there is plenty more for us all to do and we hope that you will join us at home in making every day an Earth Day.

In the Pre-Prep, Year 1 had an introduction to the topic of global warming as we followed two emperor penguins who ended up on an unintended adventure when the ice that they were on broke, and they floated away. After learning some facts about the polar regions, they had our own ice cubes to insulate with different materials to see how long they could keep them going.  A lot of soggy bags went home that afternoon!

In Year 2 they learnt what earth day was and discussed ideas for helping our Earth. They then thought about pledges they could do every day to help make a difference to our world, such as, litter picking, turning off lights, save water when brushing teeth and using things up before buying more! Finally, they made small posters with their pledges on which they put up in our classroom.