On Tuesday 26th April, pupils in the Prep School experienced a somewhat different day as their lessons had a heavy international twist to them.

In English, some pupils looked at Japanese Poetry forms in order to create poems about nature and the great outdoors (haikus, tankas and cinquains) whilst others looked at unique words from around the world and worked on language links. In Mathematics, children solved sudokus in French, word searches in German and even took a "road trip" with mathematical clues to work out the names of European cities. In Geography, pupils expanded their knowledge of European cities and countries. In Latin, children were given a swift tour of the Mediterranean Countries to embed their knowledge of the Odyssey. In Drama, pupils watched the famous 1956 French film Le Ballon Rouge which describes the adventures of boy and his red balloon through the streets of Paris. Art lessons took pupils on a journey from the Middle East to South America; they made books, lanterns, learnt about Ramadan as well as the Mayans and the Indigenous peoples of the Amazon, their language and sounds of the rainforest. 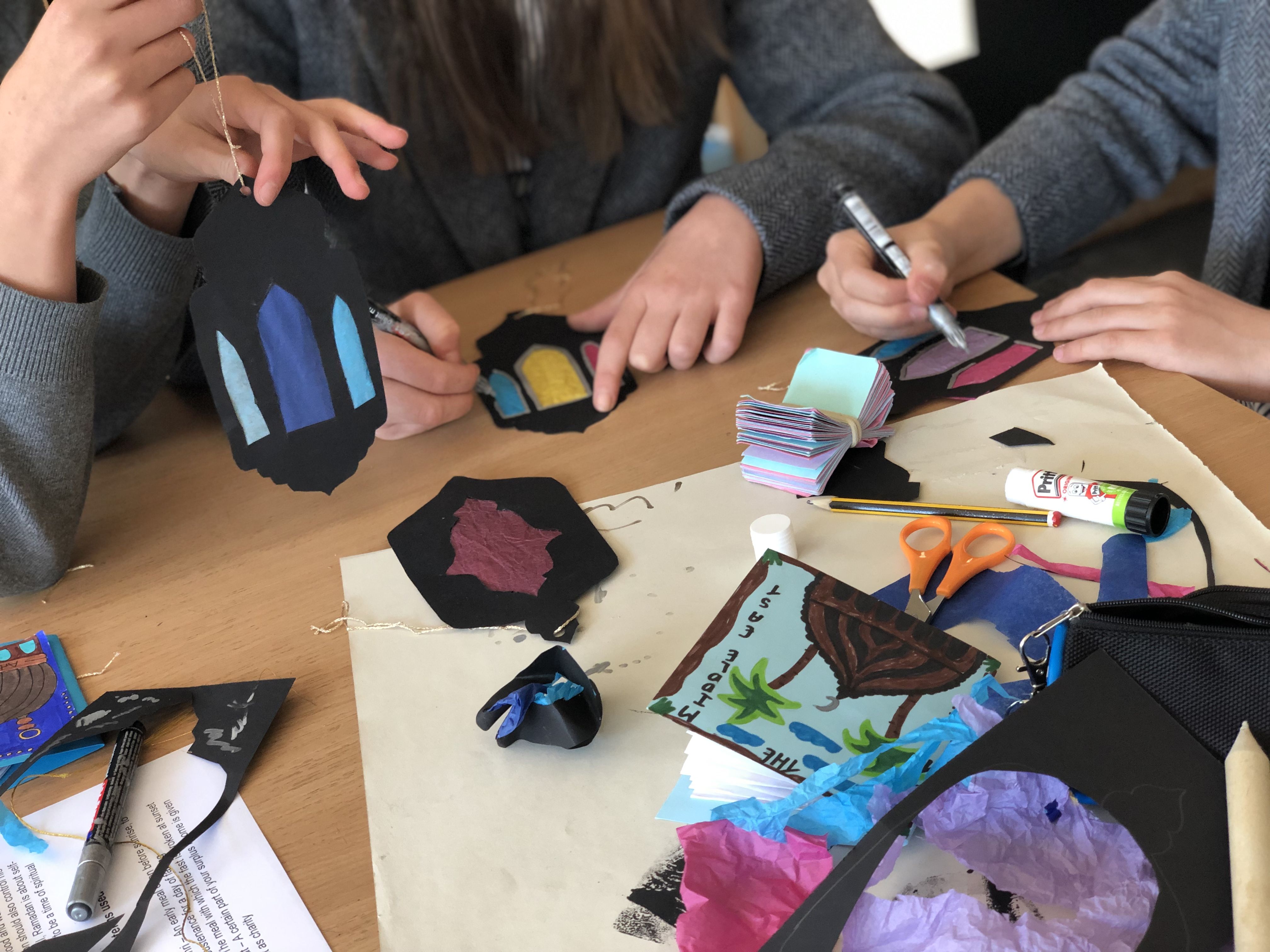 In Music, some classes studied Beethoven's 5th symphony and learnt about Germany, Western European music, romantic music culture and the birth of the rock star culture. Others looked at the connection between pulse and dance with a focus on Northern African countries. In Spanish, telling the time was the perfect way to do Mathematics and Spanish. Finally, in French, pupils discovered the Art of René Magritte, the famous Belgian painter, and produced some art inspired by his various techniques.

Pupils love cross-curricular lessons and Languages Day was the perfect opportunity to do just that in a very successful and enriching way.

Not only did the catering team prepare some delicious food from around the world throughout the day but they also made sure Year 7 pupils could host a Café Français and wait on teachers at break time. All grabbed the opportunity for role playing under the sun with great brio!

After lunch, Freshwater Company visited us to deliver a one-hour story telling session, all in French, of the Ugly Duckling and Three Billy Goats Gruff where pupils themselves acted the different parts with such enthusiasm and good will. There was so much laughter in the Hopkins Hall that pre-prep classes wondered what was happening!

I am very grateful to everyone involved in such a glorious and delightful day that took us away from the beautiful Albion to foreign shores whilst learning so many new and fascinating things. 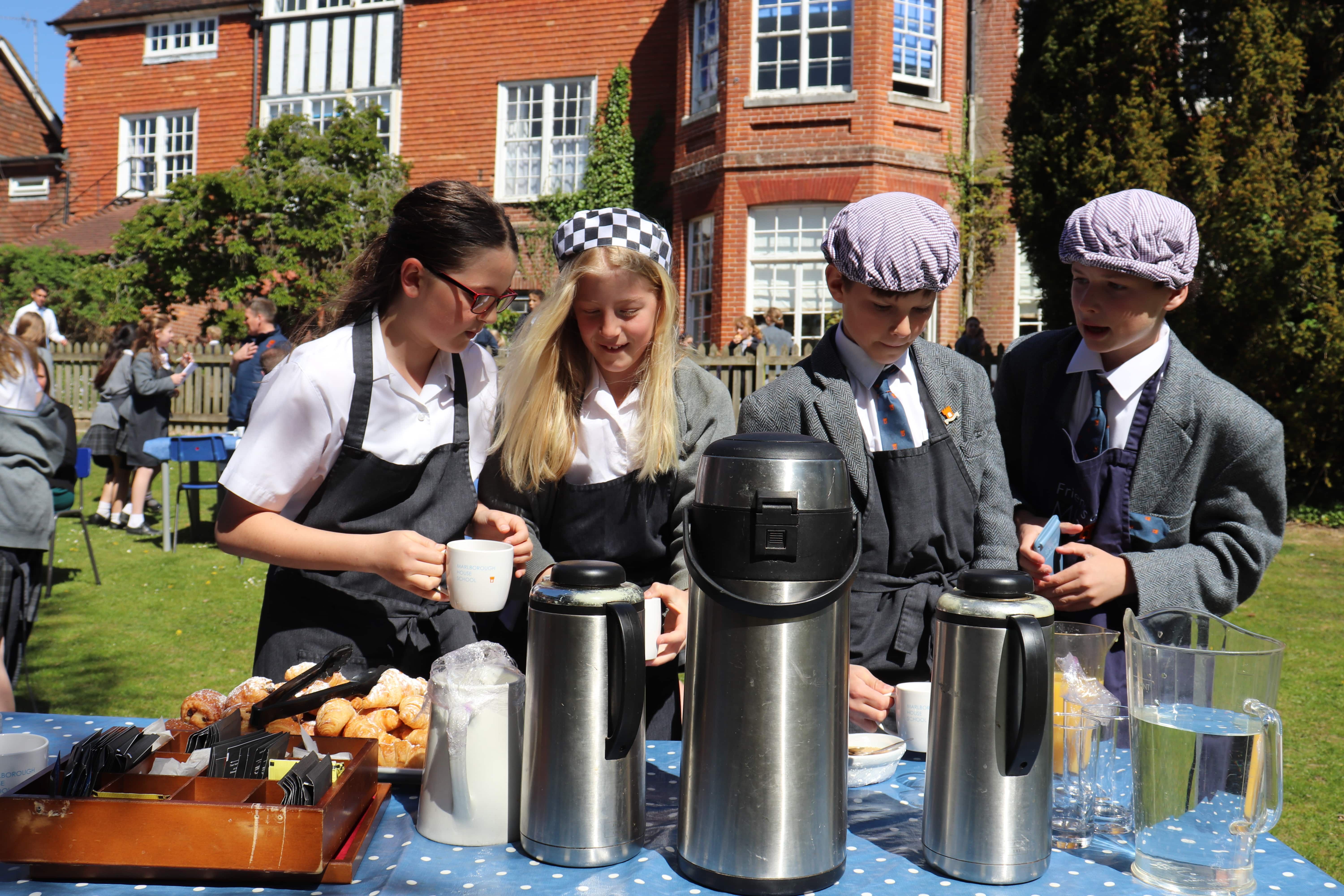